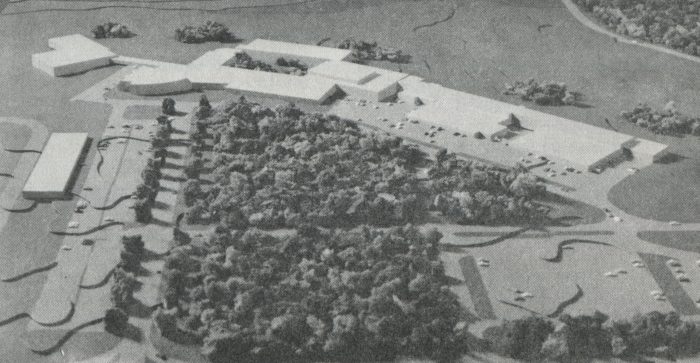 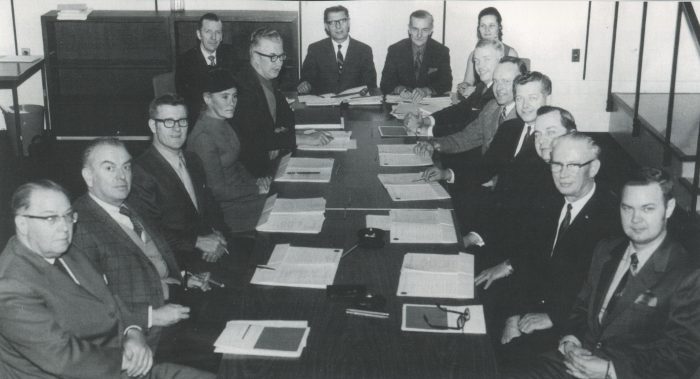 Loyalist College Board of Governors. Circa 1970. 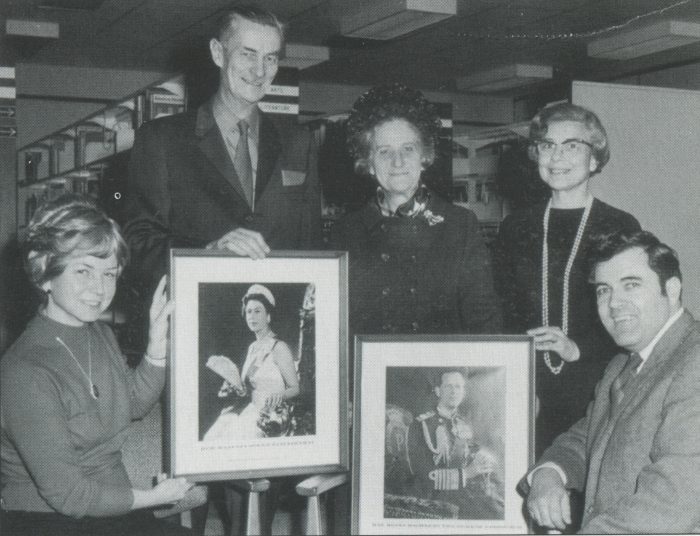 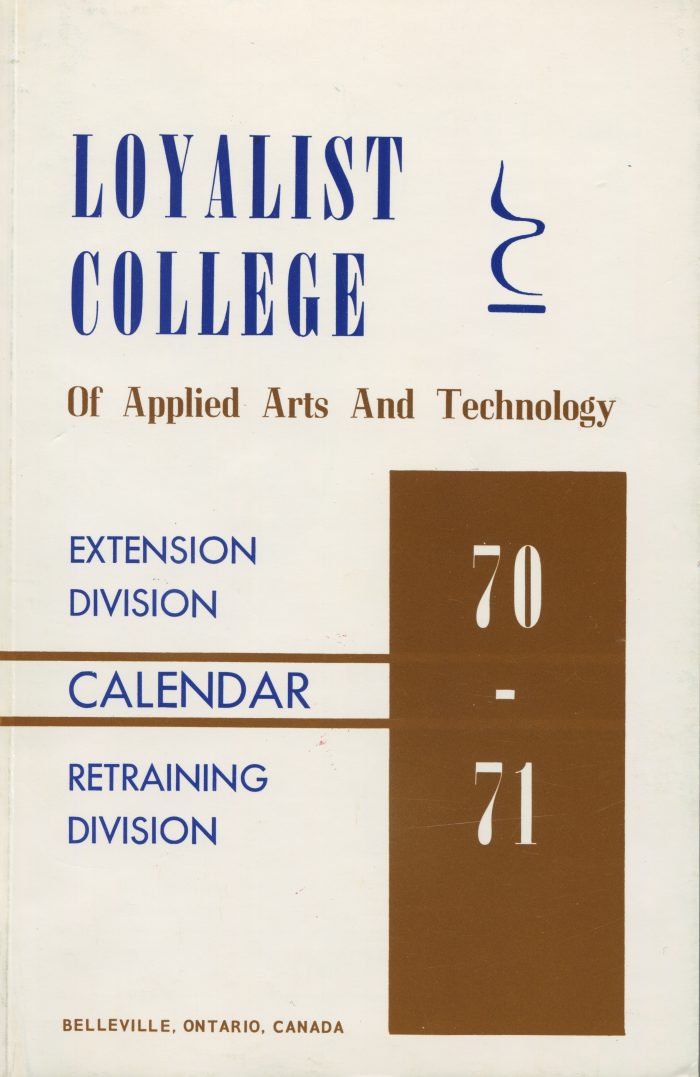 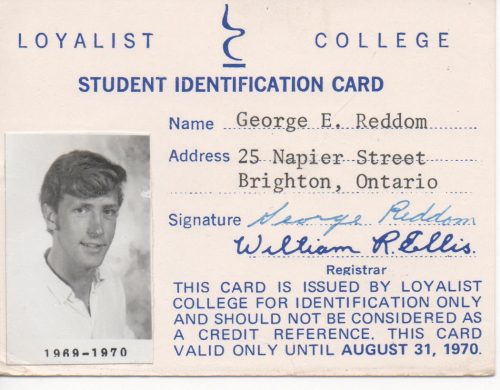 I recently had to pick up a document at Loyalist and I had to show photo I.D. I had previously scanned my student I.D. card from 1968 and had it on my phone. I pulled out the phone and showed the picture. The young lady looked at the photo, looked at me and said “The signature looks the same.” I didn’t think that I had changed much but I guess she noticed a difference after 46 years. Proud Loyalist Graduate, Student #0498.

Old Campus (“The Warehouse”)
I went to Loyalist when it was just the old blue building (we called it the warehouse); it had no windows and consisted of a small library and lounge. Old jukebox songs were “Hey Jude” and “Folsom Prison Blues,” to name a few. We had lots of fun canoeing down the river, playing tug-of- war across the creek, with the float in the Santa clause parade, etc. When I graduated, I became a property assessor for 30 years. I then took a university course and worked as as an appraiser for several years. Now, I work part-time odd jobs, build outside furniture, and, outside of my comfort zone, have show on Trent Radio. I only have good memories of Loyalist (that old warehouse gave me a good life). Just a note to always look ahead, but remember the past. As I say on my radio show, “Keep dancing and keep smiling.” 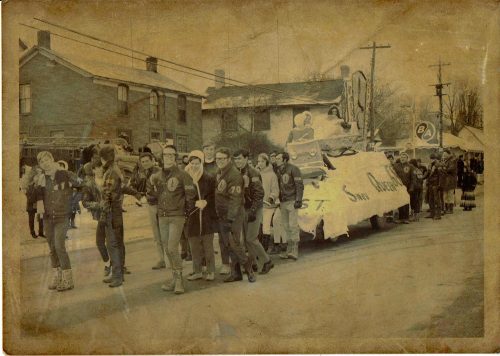